In Australia and abroad, 2017 has been a devastating year for women.

Please note - to make a tax deductible donation before midnight, Thursday 30th June, you can contribute to WEL via the National Foundation of Australian Women (NFAW) by clicking HERE. Please select Women’s Electoral Lobby (NSW) from the ‘organisation or fund’ drop down list under ‘donation details’.

There has never been an ‘easy’ year for feminists, but many of us hoped to welcome 2017 with the world’s first female US president, who we thought would set the tone and deliver those final policies that would make equality a reality worldwide.

Many of us hoped this would trickle down to our own politicians and policymakers.

We couldn’t have been more wrong. Our reality now is that the US has elected a president with 15 sexual assault allegations against him, and our very own Australians representatives refuse to adequately address our country's rising gender inequality.

The rate of violence against women is staggering - in the past 3.5 years, over 250 women have been murdered in Australia - many by an intimate partner. At the time of writing this, police in Australia will today already have dealt with approximately 429 domestic matters.

Already in 2017 we’ve also seen the decriminalisation of abortion voted down in NSW parliament, rising sexual assaults of women on university campuses, a secret men's group on Facebook where members would share naked photos of women without their consent, women in sport denigrated with sexist slurs, a widening gender pay gap, still far too few women on boards, and sadly, much more.

In spite of these setbacks - none of this should make us lose sight of our shared goal of lighting the fire for women and creating a society that is based on equality and fairness.

Can you donate to help support and strengthen the WEL community?

Even though both here at home and internationally the march towards equality may feel like a losing battle, we are continuously working to build a society where women have the freedom to live their lives equal to men. A society that is filled with positivity, optimism and humour - a unified resilience women have shown for millennia.

The 2017 Women’s March saw to millions of women worldwide speaking out against sexism, inequality, reproductive rights, racism and more. Whilst women fastidiously knitted themselves into a large swathe of pink in the dead cold of the Washington DC winter, we too knitted and proudly wore our pussyhats in solidarity with all women, everywhere, except in the Australian summer sun.

The pussyhat became a symbol of unity, of bringing people together. People from all walks of life united for the common goals of equality and open-mindedness.

Will you unite with us to keep the fire burning?

We have seen tremendous gains over the last 45 years, but we are still fighting so that women will no longer be constrained by narrow expectations; in their workplace, in public, and in their relationships. We will continue to lobby and advocate for women to be equally represented in the court systems, in law and by our politicians.

And we will rally, tooth and nail, to push women to the very top of their fields, to become leaders who receive the same opportunities in life as anyone else. Leaders who bring other women with them and who are helping craft a more equal world for the future.

For 45 years WEL has shed light on the injustices women still face and how we can overcome them. Can you chip in and support our work with $20 today? The first 30 donations of $50 or more will receive an iconic pussyhat. 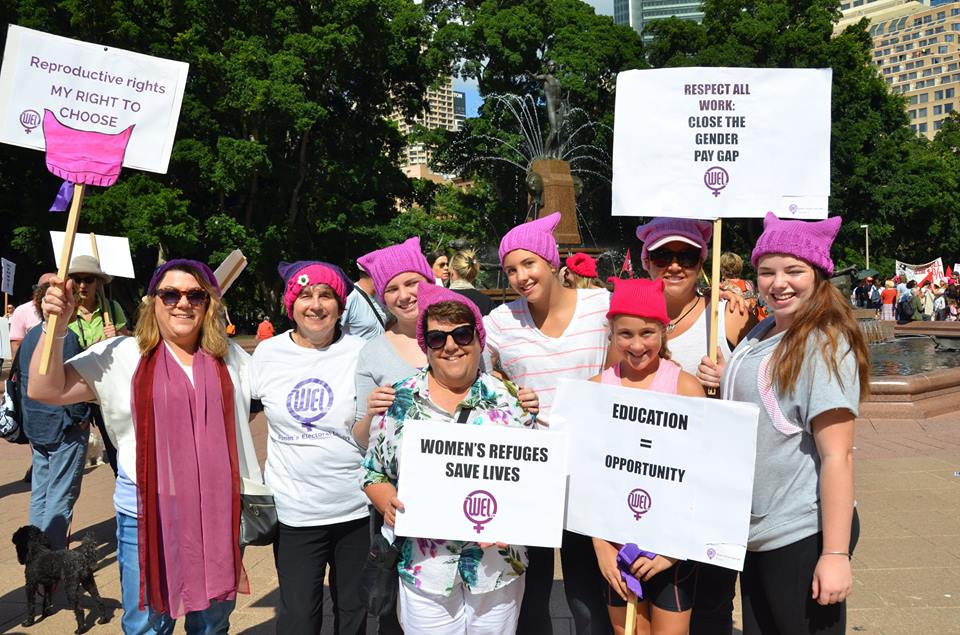 Together, let's light the fire for women and help keep feminism warm this winter!