At the end of 2021 Women’s Electoral Lobby surveyed its supporters to help inform its 2022 Federal election campaign policy platform.

Their feedback has given us important insights into what matters for Australian women who want genuine government commitment to gender equality.

Jozefa Sobski AM, WEL Australia National Convenor described the findings as “a confirmation of the stronger action and increased resourcing needed to support women. We can have a more equitable future for everyone and the responses in the survey highlight which issues facing women need to be addressed to secure this better society”.

This is an election where the stakes are high for women’s issues. In March 2021, tens of thousands of women expressed their frustration at the slow pace of change towards equality by declaring ‘Enough is Enough’. The results of the WEL survey provide first hand insights into these frustrations. When respondents were asked to list the top three women’s issues likely to influence their vote this year, they said: women’s safety, housing security and climate change.

The survey’s key findings include:

Ms Sobski said the survey was “a clear reflection of the far-reaching demand for women’s equality, safety and continuing progressive reform into the future”

WEL’s Campaign Manager Bronwyn McDonald thanked the participants for their insights, saying the results have informed WEL’s federal election platform: “Women from all around the country have shared with us their frustrations with the lack of genuine commitment to gender equality as well as their vision for a better future for women and girls”.

She said, “It was resoundingly clear from the survey that rights and equality for women will be a key issue this election. WEL intends to lobby for a far-reaching reform program”. WEL will continue to advocate for policies that are funded, practical and sustainable.

WEL will be releasing the survey results online and inviting its supporters to have a conversation about the policy areas on social media.

For Media:
For more information, or to arrange an interview contact Dr Bronwyn McDonald at
[email protected] or phone 0408 477 403 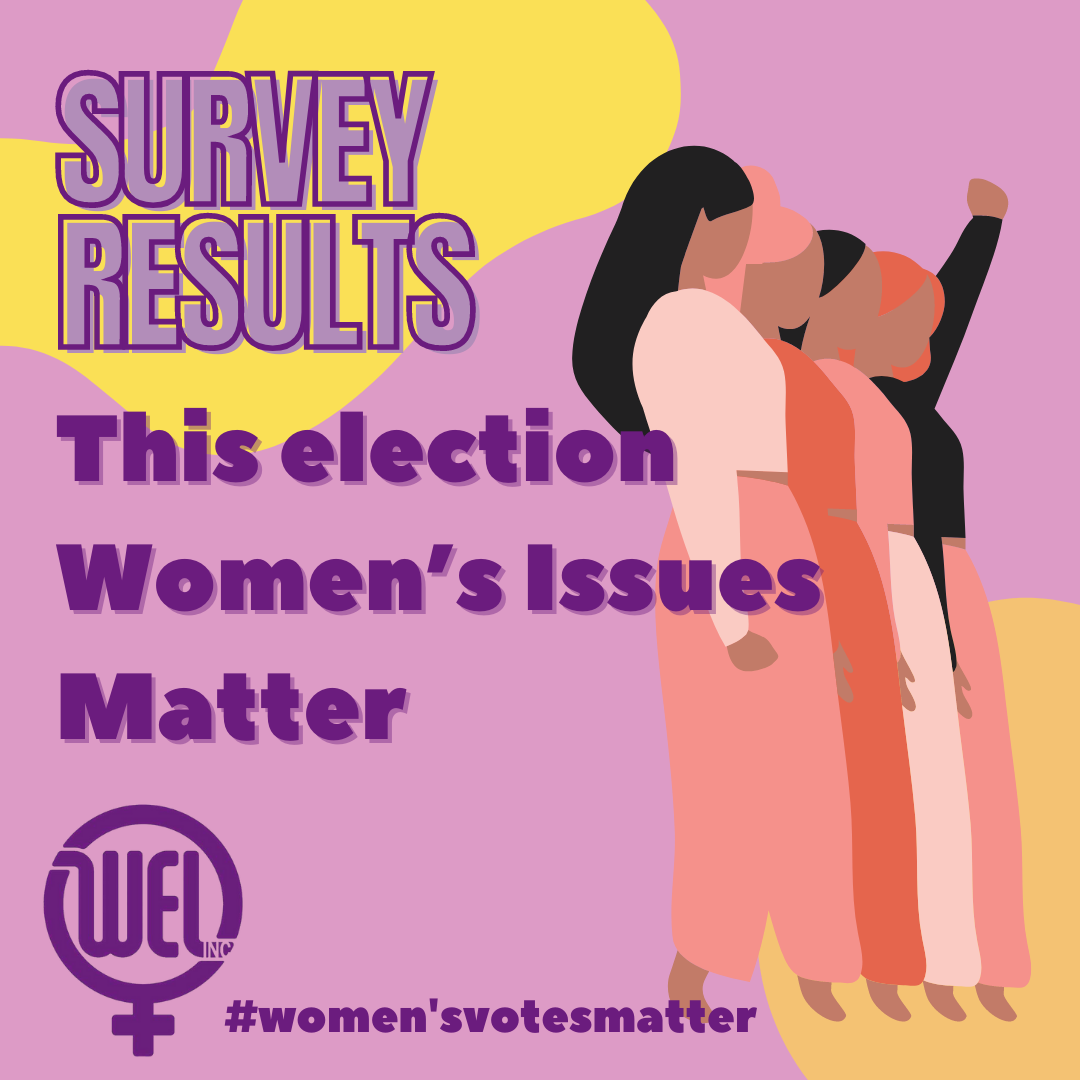