A voice for First Nations 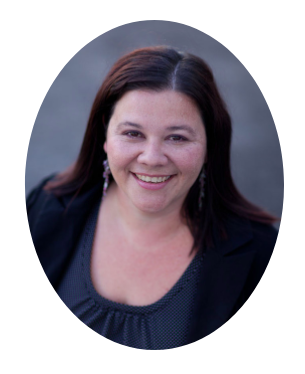 Fiona Jose reflects on developments on a proposal for First Nations Voice to Parliament.

A proud Aboriginal and Torres Strait Islander, Fiona’s love for her family, culture and heritage shaped her career in empowering local change in Indigenous communities.

Fiona’s professional career began with a traineeship at Education Queensland and during her 10 years with the department, she soon advanced to senior management positions. Here she gained a wealth of experience in leadership, management, education and government relations.

From there Fiona accepted an opportunity with a regional airline where she led Aviation Australia’s Indigenous Programs. Fiona further secured a reputation as a strong manager and Indigenous advocate, as Employment Manager for one of Queensland’s largest group training organisations.

She was the winner of the 2015 Telstra Business Women’s Award – Queensland for Purpose and Social Enterprise, and the Australian Institute of Management – Queensland Not-for-profit Manager of the Year in 2012.

Fiona is hands on in a number of Indigenous led organisations. Fiona is a Leader of Empowered Communities, Board Member of Jabalbina Yalanji Aboriginal Corporation, Djarragun College, Cape York Girl Academy and on the Council of the National Museum of Australia.

Our questions to Fiona:

1. The Uluru Statement (developed following the Referendum Council's First Nations National Constitutional Convention), calls for the ‘establishment of a First Nations Voice enshrined in the Constitution', a form of representative body for Aboriginal and Torres Strait Islander peoples. How do you feel about this solution as a progressive step?

A constitutionally guaranteed voice for our people in our own affairs is a modest yet crucial step for our people and the nation. Aboriginal and Torres Strait Islander peoples need a mechanism that enables us to take real responsibility and have a genuine voice in our affairs – in the laws and policies that are made about us, our communities and our rights. I truly believe this would improve policies and outcomes for our people, because no one is better placed to solve our problems than we ourselves.

This kind of reform is something the First Nations have been advocating for a long time. For decades our elders fought for a greater say, empowerment, and self-determination in the decisions that politicians make about us. The Uluru Statement from the Heart and the Referendum Council’s report put forward a sensible way to make this happen.

It’s a modest proposal: the Indigenous body would be set up in legislation enacted by Parliament, and it would offer non-binding advice. So no veto, and certainly no third chamber. In fact, the proposal would not alter the make-up of the Houses of Parliament in any way. But it’s also an empowering proposal, one that would give the First Nations a constitutionally guaranteed say in decisions made about us.

2.  Some Indigenous leaders have called for a treaty for some time now. The Uluru Statement seeks a Makarratta Commission to oversee an agreement process between government and First Nations people. What are your thoughts on seeking an agreement or 'treaty' in this way?

A Makarrata Commission would also be a great step forward for Australia’s journey towards reconciliation. In 2014, I was lucky enough to go on a research trip to New Zealand. It was amazing to see what has been achieved there. They have the Waitangi Tribunal, which oversees negotiations and settlements between the Crown and Maori groups. The settlements can involve the return of land, financial compensation, cultural recognition, historical documentation, and even a Crown apology for wrongs of the past. This then enables the Crown and Maori to move forward together in a stronger partnership, having addressed old grievances and committed to a fairer relationship. There is no reason Australia cannot one day have a similar process, that brings all Australians together in a constructive and unifying way.

I also think Australia, like New Zealand, should formally recognise our Indigenous cultures and languages. In New Zealand, Maori is recognised as an official national language, and they have dual place-naming. Maori heritage is celebrated as New Zealand’s heritage. Australia needs to do better in embracing our Indigenous history and heritage – it’s the heritage of all Australians.

3.  In October 2017 Prime Minister Malcolm Turnbull rejected the Referendum Council's call for a representative body saying the idea of an Indigenous-only elected body was "contrary to principles of equality and of citizenship". How do you view this response?

The Prime Minister’s rejection of this modest proposal is appalling, and the way it was done was extremely disrespectful. The arguments government has made against this proposal are also totally wrong, and in my view, deliberately misleading.

4. What do you believe are the next steps?

We need to keep fighting for this reform. Our people need a voice in our affairs – it is the only way we are ever going to close the gap and turn around the history of failure in Indigenous affairs policy.

I urge all Non-Indigenous Australians to make your voices heard, and to support the First Nations in pushing back against this decision. There are petitions you can sign: http://www.supportfirstnations.com.au

I urge you to use your influence and make your voices heard. We need your support. This injustice needs to be called out.