Prime Minister Malcolm Turnbull, Minister for Women Michaelia Cash, and Australian of the Year Rosie Batty have announced a suite of measures committing the Australian Government to action on domestic violence, but have not addressed separating women's refuges and housing from homelessness services. 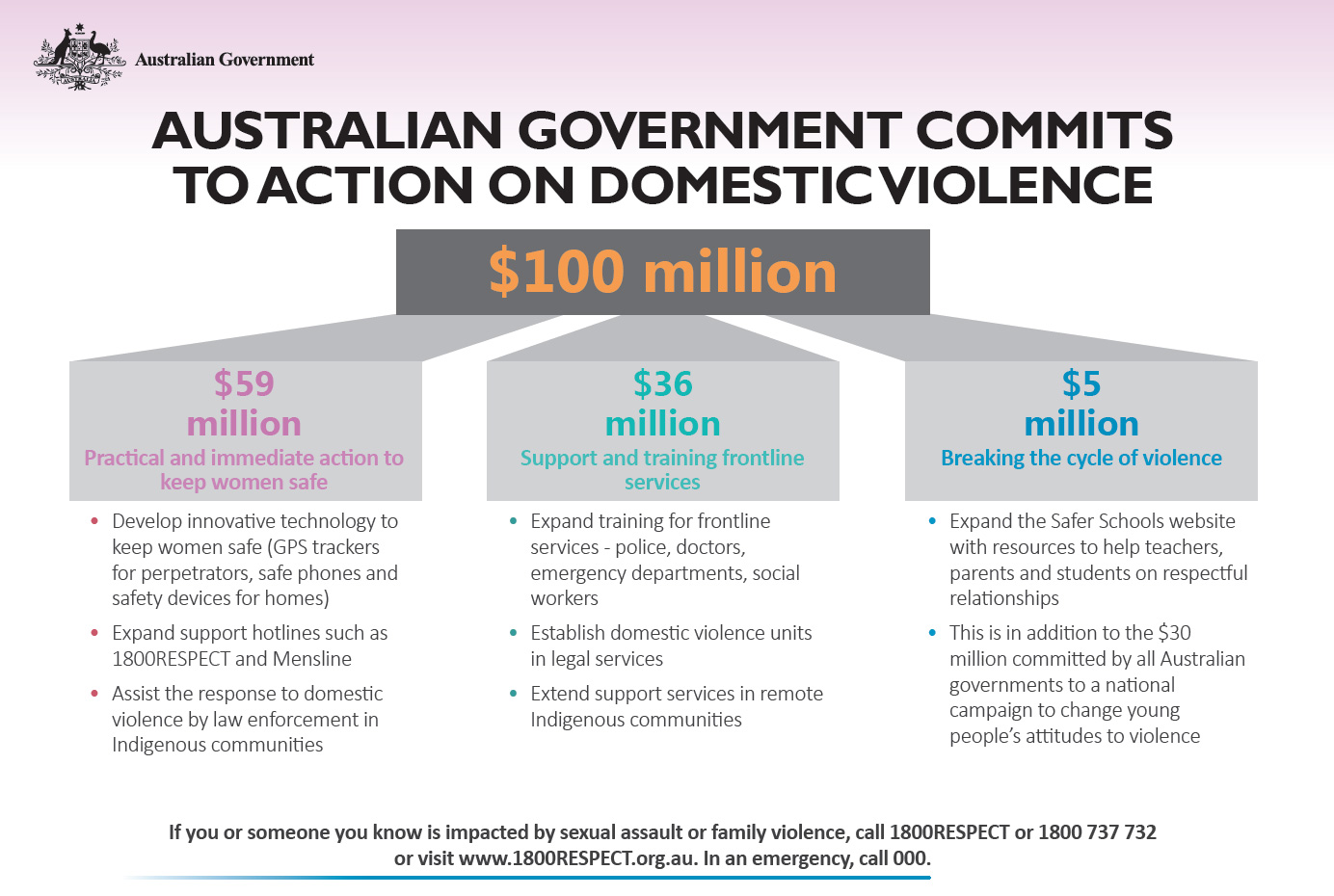 WEL congratulates the Australian Government on committing $100 million to specific domestic violence measures which will:

However, this package does not include specific, dedicated, secure and long-term funding from Commonwealth, State, and Territory governments for women's refuges and housing to ensure there is always a place of safety for women and their children escaping domestic violence.

Catherine Gander, spokesperson for the Coalition for Women's Refuges, this morning stressed on ABC 24 the need for government responses to domestic violence to include resourcing for specialist women's refuges. "Last year approximately 2,800 women were turned away [from crisis accommodation], a number that can easily be doubled or tripled if we include children," said Ms Gander. She went on to explain that while staying safely at home is a preferred option for some women experiencing domestic violence, it is not a solution for everyone. Ms Gander also identified the problematic nature of including women's refuges in government homelessness programs, explaining the character of domestic violence is starkly different from homelessness and requires specialist and integrated services, including homicide prevention.

Sign in with or
Don't have an account? Click here to create one.
Please check your e-mail for a link to activate your account.
No recent activity
Federal Government commitment on domestic violence
Australian Government commits to action on domestic violence
Join the Women's Electoral Lobby and help change the lives of Australian women for the better.