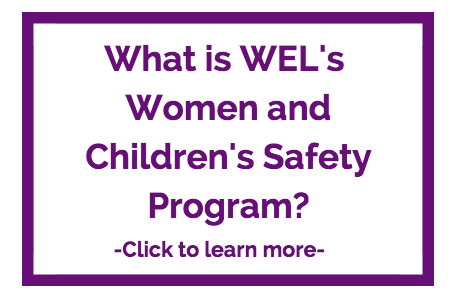 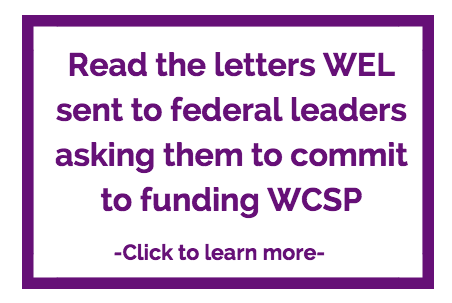 The Women’s and Children’s Safety Program (WCSP) is a five year $2 billion program - jointly funded by the Commonwealth and the States and Territories - developed by WEL and supported by more than 30 leading organisations including Chief Executive Women White Ribbon Australia, Women on Boards and the National Rural Women’s Coalition.

WEL has written to the leaders of the major political parties asking them to commit to the $1 billion Commonwealth share of the WCSP.

Click HERE to read the letters and see which leaders have responded.

How can I support the Women and Children's Safety Program?

Women and their children across Australia are escaping domestic and family violence everyday. If you could spend only 2 cents a day to provide them with safe housing and support services, would you?

WEL calculates that the $200 million a year (for five years) needed from the Commonwealth to fund WCSP is just 2 cents per Australian per day.

We know most Australians would say YES to paying that amount to save the lives of women and their children.