WEL has written to the political parties seeking an urgent commitment that women and their children’s safety become a national priority during this federal election and commit the funds needed to ensure that women’s refuges and other front-line services receive adequate and secure funding (copies of letters below).

We are asking the leaders to commit to $1 billion in federal funds, spent over five years and matched by the states and territories, for funding for the Women and Children's Safety Program or WCSP, (see the proposal, fact sheet and list of women's organisations that support the program), as a source of funds for women’s refuges and associated emergency services for women and their children escaping violence. The current National Partnership Agreement on Homelessness (NPAH) ends 30 June 2017.

WE have published the responses HERE. 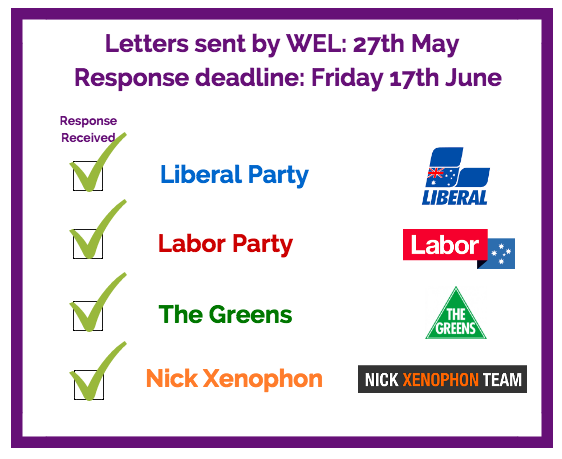 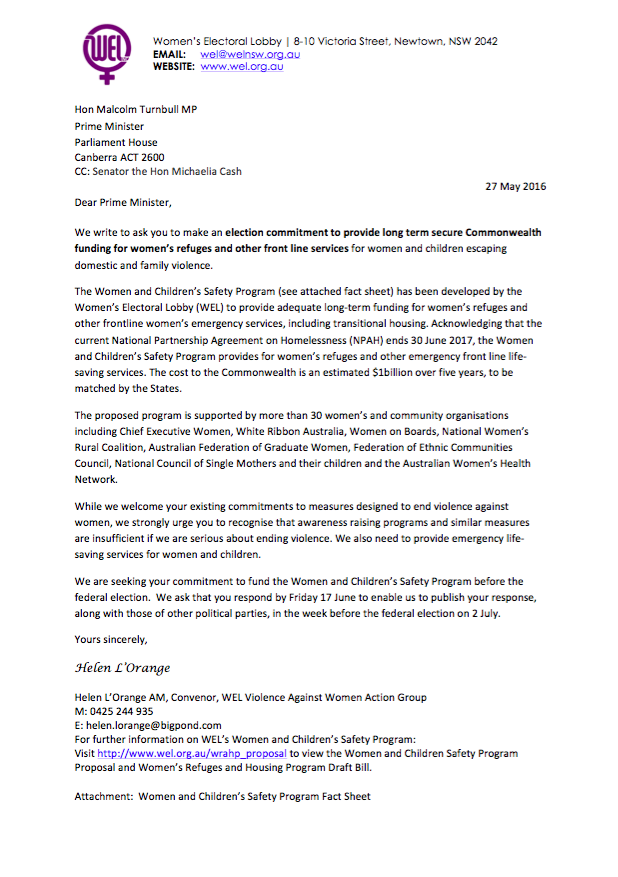 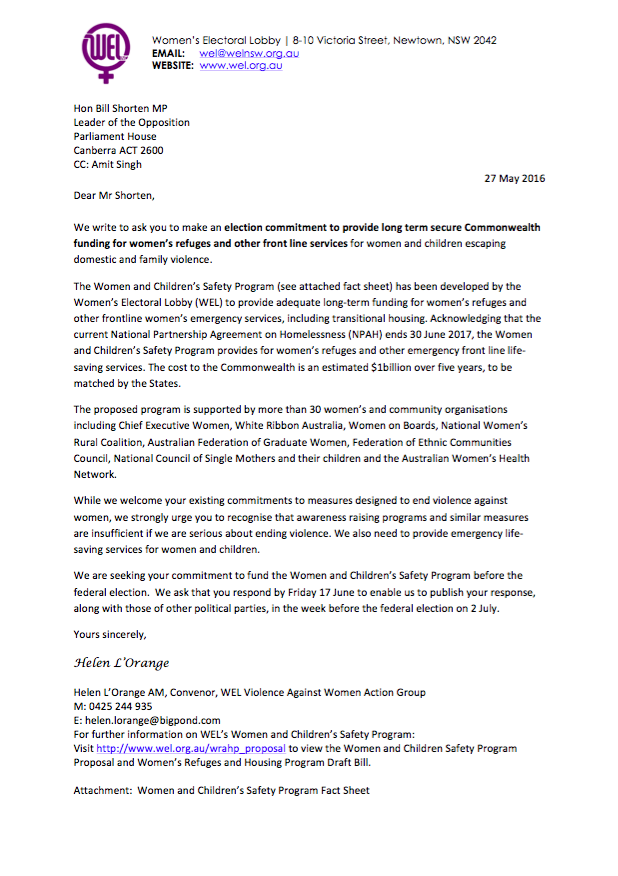 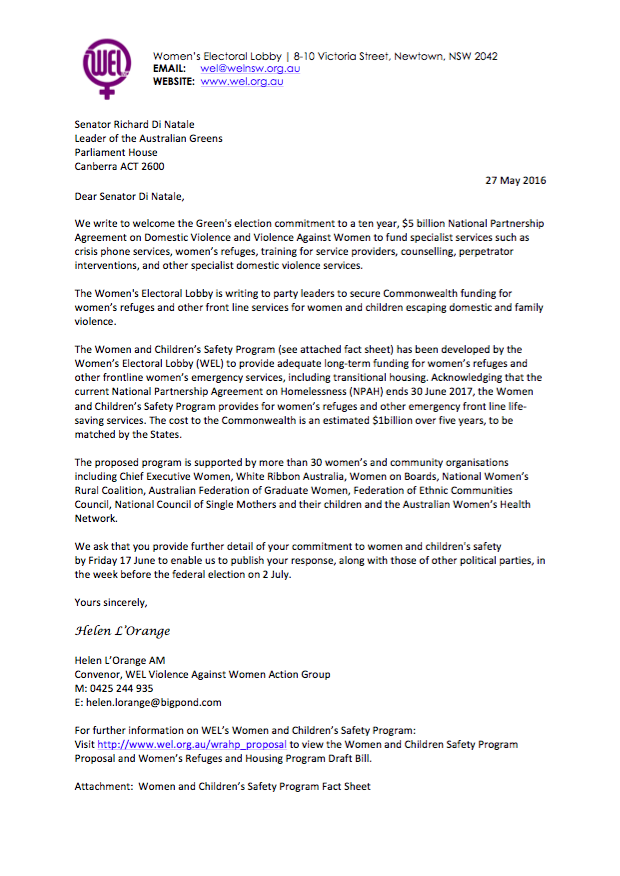 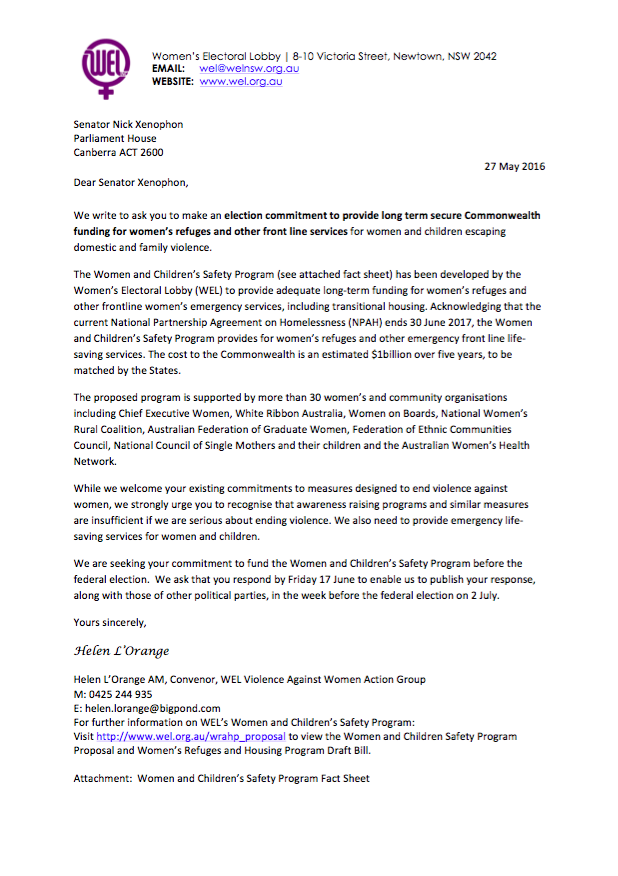 Sign in with or
Don't have an account? Click here to create one.
Please check your e-mail for a link to activate your account.
No recent activity
Dear Leaders
Letters sent to leaders of federal parties asking them to commit to WCSP
Join the Women's Electoral Lobby and help change the lives of Australian women for the better.