In tweets, on facebook and on ABC radio WEL has congratulated Dominic Perrottet on his accession as Premier of NSW.

But we lament the absence of gender diversity in the leadership of the government and opposition. This reflects a shallow political culture in NSW, particularly in the Liberal Party, where there were no women in consideration for Premier. Melinda Pavey contested the National’s leadership, won by Paul Toole. Special congratulations to Minister for Women Bronnie Taylor, the new Deputy Nationals leader.

WEL calls on the new Premier to commit to women in relation to social, economic, health and education policy, with a priority on prevention of violence and provision of social housing for older women. These issues must be central to the Premier’s COVID recovery plans.

Women have suffered disproportionately during the COVID crisis, with increased levels of domestic violence, loss of employment in retail, hospitality and other female dominated industries, heightened vulnerability to housing insecurity and homelessness and additional stress arising from working at home, with disproportionate responsibility for home schooling and childcare.

There is some emerging evidence that women have withdrawn from the workforce in response to such pressures. Dominic Perrottet now has a chance to reset the June 2021 Budget, which included nothing substantial for women and ignored the crisis in older women’s homelessness.

We are very concerned that the new Premier opposed the Abortion Law Reform Act (2019). In his speech during the debate on the Bill, he supported maintenance of the criminalization of medical and health practitioners performing abortions under the NSW Crimes Act 1901. Drawing on extreme anti-abortion rhetoric in the US, he referred to the appearance of a foetal heartbeat as evidence in support of criminalization.

It is imperative that in his role as NSW Premier, Perrottet does not continue to draw on his private religious beliefs with no basis in science, accepted human rights law or public health to impede ongoing implementation of the Abortion Law Reform Act throughout the NSW Public Health system.

WEL, together with the overwhelming majority of people across NSW (irrespective of political preference) who supported the decriminalization of abortion, will remain vigilant on this score.

For another feminist analysis, see what Women’s Agenda thinks about the new NSW Premier here 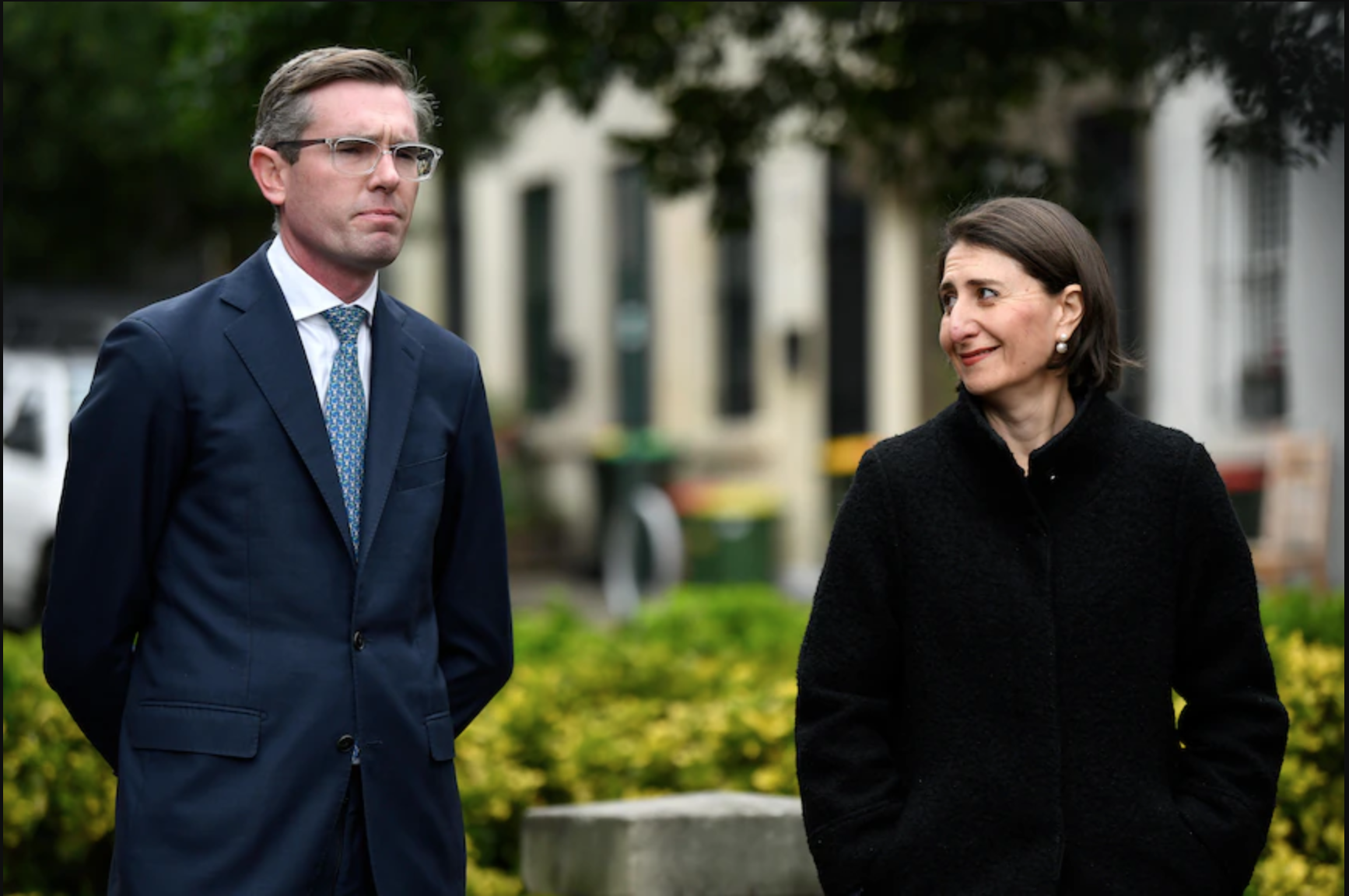 The NSW Parliament has a number of bills before it that could significantly affect the lives of women and girls in NSW. One Nation’s Education Amendment (Parental Rights in Education) Bill and related proposals to change public school policies and curriculum processes could have a devastating impact on the teaching of respectful relationships- including consent and sexuality education. The bill and related proposals cruelly target and marginalize gender non-conforming young people.

One Nation’s Anti -Discrimination Amendment (Religious Freedom) Bill will, if enacted, restrict abortion and reproductive health care, including contraception support and advice, especially in rural and regional NSW. It will allow hierarchically run faith-based charities which dominate community service provision in NSW to lawfully discriminate against employees and clients under the guise of religious freedom.

The Perrottet Government’s response to these bills will be one critical marker of their support for women’s and rights and gender equality.

WEL NSW AGM and panel discussion on violence against women

The WEL NSW AGM was held online on Saturday 25 September 2021. Our outgoing Convenor, Philippa Hall opened with an insightful summary of the current situation facing women after nearly two years of COVID. She spelt out the challenges ahead as WEL and other feminist advocacy groups strive to achieve justice and equity for women. Read Philippa’s cogent assessment in the WEL NSW Annual Report here.

All current Executive members were re-elected unopposed, except for Jenny Muir who has stood aside due to work pressures. We welcomed our new Convenor, long time Executive member Mary O’Sullivan. Jane Bullen remains as Deputy Convenor and Terrie Roberts is Secretary.

The full list of current Executive members can be found on the WEL website. Philippa was thanked for her dedicated leadership over five years and Jenny Muir’s contribution was acknowledged, especially in providing WEL with strategic planning and communications support.

Our AGM was followed by stimulating and very timely presentations by two outstanding guest speakers on the topic of violence against women: Hayley Foster, the Chief Executive Officer of Rape and Domestic Violence Services Australia, and Kittu Randhawa, founder and project lead at the Indian (Sub-Continental) Crisis and Support Agency. The presentations and discussion with our Zoom audience centred around the outcomes of the recent National Women’s Safety Summit and the practical strategies that now need to be taken to make sure that we achieve progress. 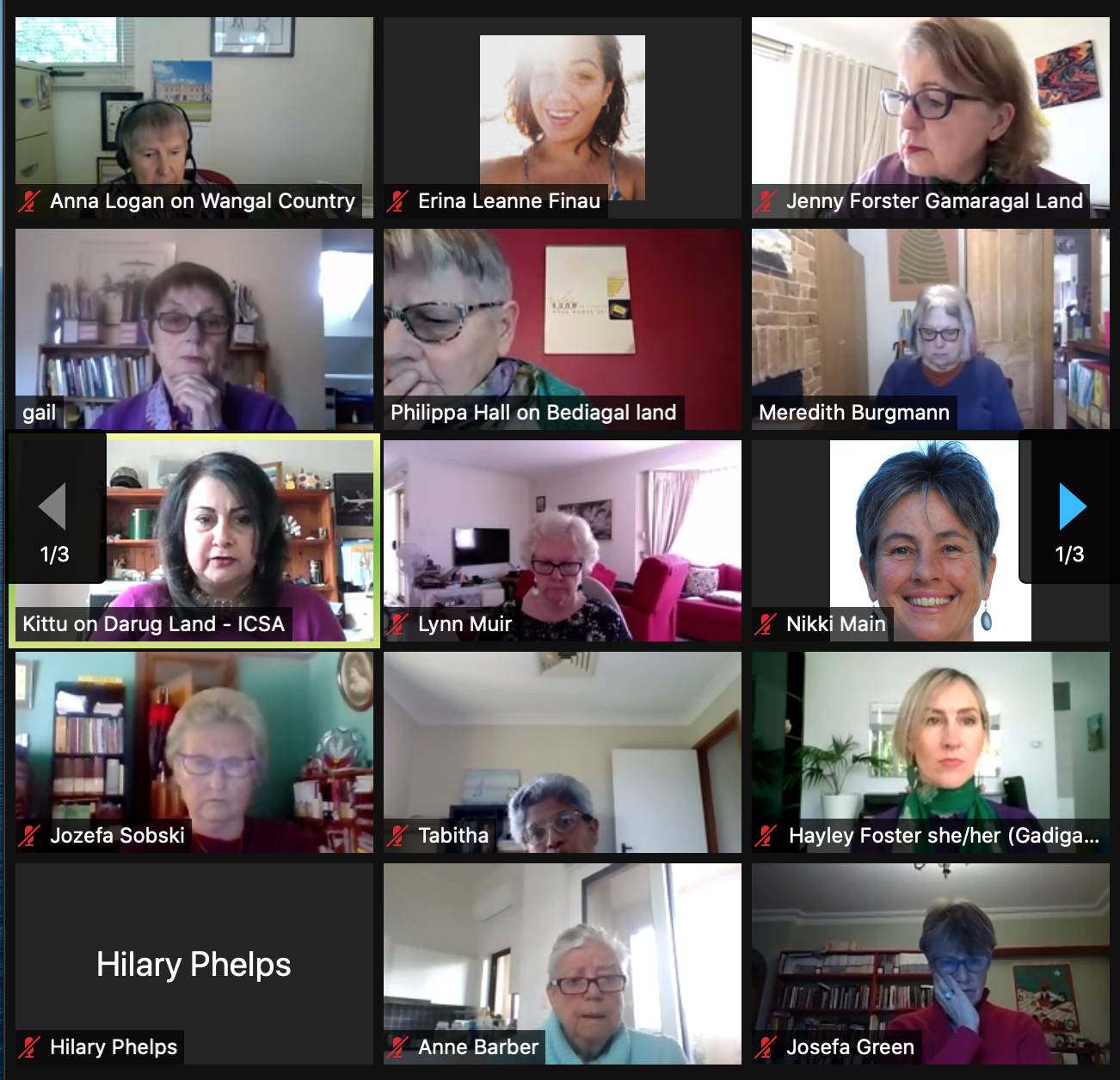 Jozefa Sobski, WEL Australia National Convenor invites all WEL members to participate in the WEL Australia Annual General Meeting to be held via Zoom on 10th October at 11am. Nominations for the National Coordinating Committee are welcome. Nominees must be WEL members and nominated and seconded by WEL members. We are especially keen for nominations as next year WEL celebrates 50 years since its founding.

Our campaign momentum is growing as we call for action in response to the sharp rise in homelessness and housing insecurity among older women.

In September WEL participated in ‘At Risk 2021’, a national forum on this crisis, organised by the national Housing for the Aged Action Group and attended by hundreds of organisations and individuals from around the country. WEL belongs to this national network through our participation in the NSW group Ageing on the Edge. At State level we are continuing to work with Ageing on the Edge to increase pressure on the NSW government to take action on older women’s homelessness.

The At Risk 2021 forum heard that we need significant investment in social (public and community) and affordable housing: the forum affirmed that this is the responsibility of ALL levels of government and must be led by the Federal Government. WEL is collaborating in the campaign to send this message to Federal members.

You can use this form to write to your representatives in Federal parliament.

You can view the sessions from At Risk 2021

A keynote address from the Prime Minister Scott Morrison opened The National Women’s Safety Summit held online on 6 and 7 September. There followed a series of panel sessions, the most powerful of which was the Aboriginal and Torres Strait women’s experience of family, domestic and sexual violence and the session on preventing and responding to sexual violence.

Indigenous women made a very strong case for a separate plan for their communities.

The panel on sexual violence advocated the reform of laws in relation to consent as well as investment in place-based services in rural and remote communities.

Julie Inman-Grant, the eSafety Commissioner, creatively explored technology-facilitated (TFA) abuse in all its forms. She mapped the ways perpetrators isolate, harass, monitor, stalk, embarrass or humiliate their victims. She strongly advocated for TFA to be recognised in domestic violence intervention orders.

There was a general acceptance that solutions and interventions needed to be place-based, community led, managed and controlled and be trauma aware and culturally responsive. It was universally accepted that comprehensive and intersectional data gathering, shared across jurisdictions, was essential to effective policy and program development.

A Statement from Delegates was issued which you can read here.

The COP 26 UN Climate Change Conference will take place from 31 October to 12 November in Glasgow. Looks like Australia’s Prime Minister will not be there.

Women continue to be under-represented in decision making about climate change and other environmental matters. Diverse women can lead and shape the transformation to a more sustainable society and environment, away from the damaging exploitation of the world’s resources, away from high carbon emitting fossil fuels and industries towards renewables.

The Australian Government’s rear-guard attempts to safeguard carbon intensive industries are driven by the fossil fuel industry’s determination to extract all remaining profits and to securing male-dominated jobs in a rapidly declining export sector.

Much of the feminist policy work on climate change so far has been undertaken from a development perspective and there are already powerful expert advocates in this area such as the International Women’s Development Agency.

The wonderful Australian feminist advocacy organisation ‘1 Million Women’ reports on the results of their recent survey of 5000 women where:

Send a message to Scott Morrison on the urgent necessity for Australia to make serious commitments to cut emissions at the COP 26 by signing 1 Million Women’s letter to the Prime Minister here.

Although my book ‘Busting The Myths Of Mars And Venus: Gender: Reality, Myth or Disaster (Down To Earth Book 1)’ took ten years to research and write (not to mention more than 80 years of life experience), it has been published at a most timely moment when public awareness has once again been raised about the sexism and misogyny that underpins so much of our society's assumptions and functions.

The sexual crimes committed and ignored in our National parliament, and the recent documentaries ‘MsRepresented’ and ‘Strong Female Lead’ have directed focus towards our struggle for equality and respect. The undiminishing degree of male violence towards women in the home and in the streets is now constantly in the news.

My book explains why and how women's secondary status has been achieved over thousands of years, how Patriarchy is still maintained around the world, and what must be done to change it. Changing laws doesn't change attitudes or actions.

Many of us who participated in WEL's activities in the 1970s are aware that much that we fought for has been undermined and learnings have been lost. Reading the books of feminists of previous centuries shows us that they were fighting the same battles against sexist attitudes, constraints and customs that we still are fighting today.

There are waves of awareness when feathers are ruffled, tuts are tutted, changes appear to be achieved but the backlash subtly maintains the status quo. The reason? The subterranean roots of sexism and misogyny have never been eliminated.

My book addresses this and lays out ways of getting to that dark place and changing the fundamentals. It mainly addresses those members of society, particularly women, who believe it's all been sorted and what are we on about. I believe this is the section of society we need to address our message to. See http://mybook.to/btmomav. 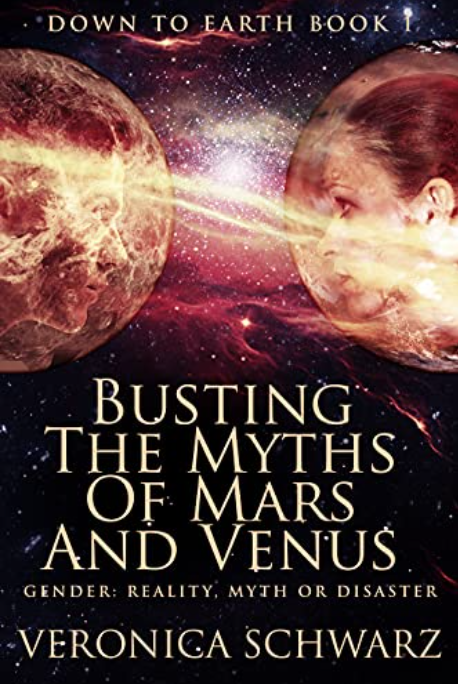 Image: Title Cover of 'Busting the Myths of Mars and Venus'

We need your help. Our work is voluntary with pro-bono experts giving unlimited hours. We work in alliance with feminist and expert organisations and in conversation with the political process across the party spectrum. We need to fund research, databases, professional communications, and events for members and media.