Alongside feminist organisations who are our allies and sisters, on March 15 we at WEL declared ‘’Enough is Enough’! 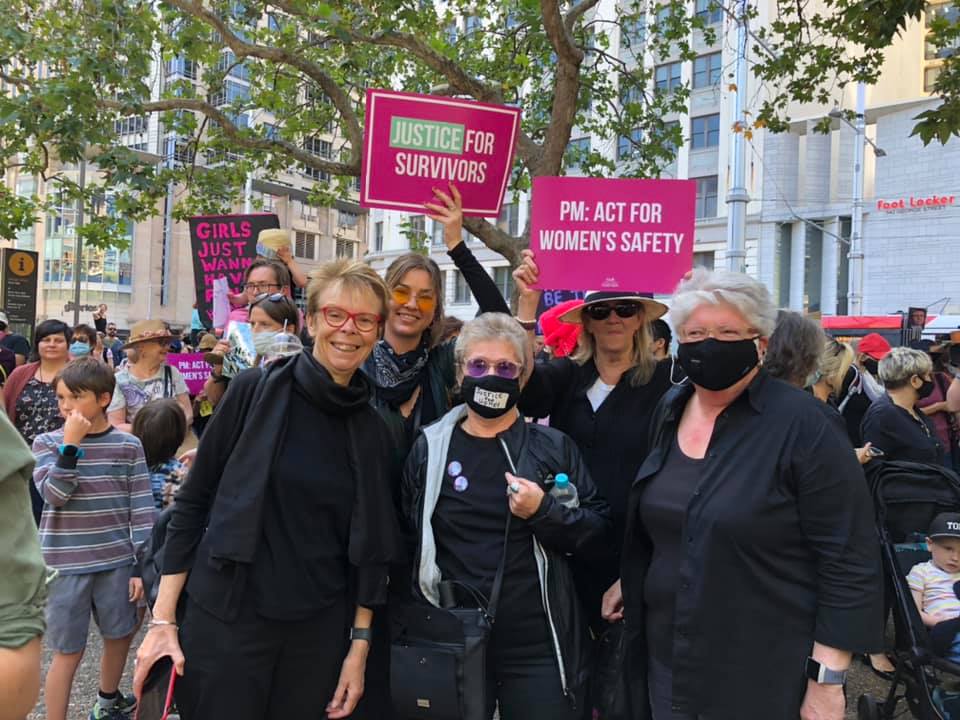 The March for Justice was a defining call for action by communities across the country, that was spurred by Australian of the Year Grace Tame’s appearance with the Prime Minister on Australia Day and Brittany Higgins’ February 24 statement on the cover up of her rape in a Ministerial office. Over 100,000 rallied against our Government’s utter failure to respond to male violence and sexual assault at work, at home, and in our everyday lives.

Women are fed up with years of Government resistance to deeply researched and profoundly felt advocacy for women’s equality across every dimension of life. WEL’s work over many years has included advocating for:

We recognise though, the work is far from complete.

Some Australian women are beginning to conclude that the Federal Government does not care about us.  This is starting to be reflected in some authoritative polling - read here.

Our campaign aims to unravel political ‘spin’ and have a tangible impact on policies affecting women. By analysing and comparing each major party’s track record and stated position on a range of issues, WEL’s Election Scorecard will be key to offering women informed voting choices. Now, more than ever, women will decide the outcome of the 2021-2022 Federal Election.

UNSEEN shares the hidden experiences of women’s homelessness, offering women who have experienced homelessness an opportunity to collaborate with artists and advocates to generate greater public awareness. A monthly art-based program in Sydney’s CBD, supported by the Sydney City Council, is connecting with a network of women's social service and rights organisations.

The Federal 21/22 Budget included no additional funding for social housing. There was no significant extra help for women and children escaping domestic violence, the largest group seeking help from homelessness services; for older women, who are the fastest-growing cohort of homeless people in Australia; or for other women who are homeless or in precarious housing situations due to the low level of Jobseeker, low-paid insecure work or job loss during COVID.

For the year ahead, the Women Ageing WEL campaign will continue to build a community of allies and support and will lobby the NSW and Federal Government on a range of policies to ensure short and long-term housing security for women.

For nearly 50 years, WEL has been advocating for equality and justice for all women. We carry out important research, and campaign to knock down the barriers that hold women back from a life of dignity, safety, and independence.

We need your help

Our work is voluntary with pro-bono experts giving unlimited hours. We work in alliance with feminist and expert organisations and in conversation with the political process across the party spectrum. We need to fund research, databases, professional communications, and events for members and media.

Your donations power the WEL engine each week and keep us going each year. Donate before the end of the financial year (30 June 2021) and receive a tax deduction.

Donate direct to WEL lobbying and campaigns or become a Member

*NOTE: Donations made on this page or via the WEL NSW website is NOT Tax Deductible*