A tribute to Robyn Kemmis

A Tribute to Robyn Kemmis 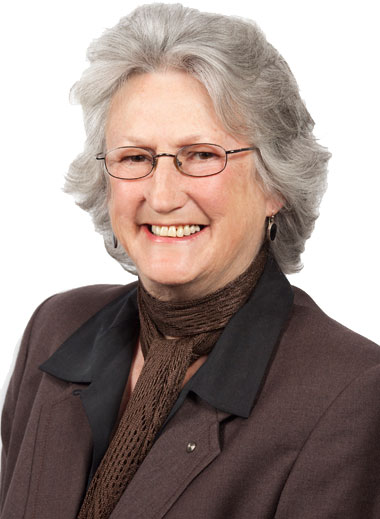 We are all so sad today.

We can start to deal with it by remembering the very many, very special things that made Robyn Kemmis a unique and much loved person.

Robyn is missed by her many friends, by the community of Glebe and other areas of inner Sydney she served as Deputy Lord Mayor and by the many others who have worked with her in her several careers: in the public service, in the academic community and in local government.

Robyn left a trail of important and lasting accomplishments in each of these areas and all of these achievements were a tribute to her ability to get things done.

To make meaningful and lasting change.

Robyn had the special ability to bring together her skills, her connections and her convictions for the public good.

Whether the project was small or large, she was unique in being able to deploy these qualities to make life better.

Others today will give specific examples of Robyn’s achievements across the various areas of her public life.

I would like to concentrate on another aspect of Robyn’s work and life and that is her contribution to the women’s movement.

I have called my remarks Friendship and Feminism because when I think of Robyn this is what I think about.

I FIRST MET Robyn and Lynne in the early 1970s. I had just arrived in Sydney from Adelaide to start a new life and I knew very few people. I eagerly sought out members of the Sydney women’s movement in the hope of finding friendship and political solace.

The second wave women’s movement was in its infancy then. It was before 1975, International Women’s Year, when feminism started to become more acceptable to the mainstream population.

We were a small band of women warriors who were trying to change the world while at the same time doing our best to re-invent ourselves.

We engaged in what we used to call ‘consciousness raising’ to help us unlearn the femininity we had been conditioned since girlhood to adopt as our social armour.

To replace it, we embarked on a journey of learning what it was to be women who were free of such shackles.

It was not always easy and it was often emotionally exhausting. Those of us who were there became close, and wherever our lives subsequently took us, have remained so.

We had the kind of camaraderie that comes from engaging in struggle together.

We called it sisterhood.

It was in this atmosphere that I met Robyn and Lynne.

They were both immediately welcoming to this out-of-towner and I was very grateful to them for their hospitality, offered at their flat in Glebe (I think it was Mansfield Street) and for the way they helped me navigate the challenging world of Sydney feminism.

It was an exciting time and the friendships formed in those years endured.

Those friendships survived even when we did not see each other for years or even decades.

This was the case with Robyn and Lynne and me, and with others from those days.

Our lives took some of us in different directions - to different cities or even different countries - but one of the things I value from those early days of the women’s liberation movement - not just in Sydney but around Australia and even around the world - was that those friendships could be easily resumed.

Just as the political struggle could be re-engaged if it became necessary.

OF THE MANY things that Robyn was able to do in her various careers, the thing I most cherish is Elsie’s Walk.

To appreciate Elsie’s Walk, you need to know about Elsie.

I am sure I do not need to have to explain to anyone in this room what Elsie is.

But, for the record, Elsie was the first modern women’s refuge, established in March 1974 when feminists broke into two cottages in Westmoreland Street, Glebe, claimed squatters’ rights and opened the houses up to women and children escaping domestic violence.

One of those tiny cottages happened to be named Elsie, which is how the first women’s refuge acquired that name.

And that led to a tradition of Australian refuges being given women’s names.

Over the next decade feminists started hundreds of other refuges around Australia.

And for the next forty years dedicated women devoted their lives to helping women and kids affected by violence to find shelter and to restart their lives by staffing these refuges.

I am not sure whose brilliant idea it was to name a street after the Glebe refuge but I do know that Robyn was instrumental in making it happen.

A small previously unnamed laneway between Derwent Street and Glebe Point Road that runs down the side of the primary school was chosen.

On May 28, 2012 a large number of people from the Glebe community stood at the entrance to the laneway to hear Lord Mayor Clover Moore officially ‘name’ Elsie’s Walk.

It was, Clover said, ‘In honour of the incredible helping hand women's refuges provide to vulnerable women and children every day…Elsie Refuge helped pioneer a crucial service in our community.’

What was truly remarkable about that day was how many of the original band of women were there who’d broken into those houses to create Elsie.

I had not seen some of them in many years and I would not have known how to find them.

I have no idea how she tracked us all down – especially as some of those women were not in the public eye and not necessarily easy to find.

But she did it.

And in doing it she gave us the opportunity – 38 years after the refuge had opened - to honour Elsie and all those who had lived and worked there.

We were not to know that day that just two years later we would lose Elsie.

In June 2014, a mere three months after Elsie’s 40th birthday, new tender arrangements put in place by the State government saw Elsie, and many other refuges, taken away from the women’s movement.

Elsie was given to St Vincent de Paul, an action that some of us are still struggling to comprehend.

Had we known that day in May 2012 what was to happen two years hence, we would have been even more grateful to Robyn for what she had done.

As it was, we probably did not thank her enough. We never do. We never see these things coming because we are optimistic that life will go on.

So today we need to place on the formal record our appreciation to Clover Moore for agreeing to honour Elsie by naming a street after her.

And – most of all - to Robyn Kemmis for doing all the behind-the-scenes work that makes things happen.

I want to thank her especially for bringing together so many of the women who helped start Elsie.

She would have had no inkling how important it was that she had done this.

But she did know in the months before her death that some of those women, and others from those early days, had re-grouped.

She knew that we were working to find a way to ensure that women’s refuges start to receive secure commonwealth and state funding under their own program.

She certainly approved of this and met several times with some of the women who are engaged in this vital political endeavor.

As a bureaucrat, she understood the need to remove refuges from homelessness policy and funding, to give them their own policy status and security.

As a feminist, she was right onside, knowing that the work that was started all those years ago is still not finished. The way things seem today, it may never be. But we need to keep fighting – and we are.

Two new generations have entered the fray since the days when I first met Robyn and Lynne.

It is heartening to see them keeping the struggle alive - even if they sometimes define things a little differently or adopt priorities that are different from those of my generation.

I hope that these younger women are also forming for themselves the enduring friendships that were a feature of the second wave women’s movement.

It is important to fight – and hopefully to keep advancing our feminist agenda – but it is also important to know that while we fight, we need the sustenance of our friendships.

Robyn Kemmis was an exemplary feminist and friend.

She was the kind of person who once she became your friend, was your friend forever.

In that sense we will never lose her but, because she has gone from our lives, we have to say this:

Robyn, we will miss you. Robyn, we appreciate all that you did. Robyn, we thank you.