A year since that terrible day 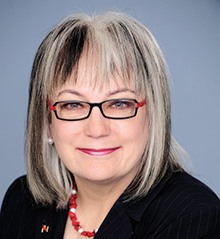 A year on from her talk on the 2016 US Federal Election at the WEL NSW Annual General Meeting last year, Meredith Burgmann reflects on President Trump's first year.

When photographer Annie Leibovitz was collecting her photos for a book about the last decade, she had already decided what the final photograph would be... President Hillary Clinton in the White House. She imagined that Hillary would choose Eleanor Roosevelt’s desk for the shot.

I’m a bit like Annie Leibovitz. I awaken shocked every morning that Donald Trump is in the White House instead of Hillary. Then of course I become even more shocked by what he has just tweeted.

In my original angry speech, made four days after the vote, I predicted that Hillary would be blamed for the defeat and in part this is true. Like powerful women the world over she is depicted as the Wicked Witch of the West and when expedient, Snowball from Animal Farm who, once exiled, became the scapegoat for all subsequent disasters.

I also predicted that Trump’s mutually exclusive policies would eventually become unravelled. This has not come true at all. Trump supporters seem unfazed by the growing disaster that is his foreign policy and completely oblivious to all the promises Trump made which have been “walked back” since his election. Even his strident pledge to gaol “crooked Hillary” has simply disappeared.

Critics point out that Hillary’s book showed little reflection on errors made during the campaign. We all know what they were. They were damaging but not fatal. Certainly not fatal if committed by a man. She WAS too close to Wall Street and she WAS a hawk, she DID use unfortunate language (basket of deplorables) but Trump does this from sunup to sundown without reproach (except when he strays into that casual racism he can’t avoid...Pocohontas for example).

What I did love about What Happened is Hillary’s estimation that her personal grooming probably took 800 hours out of her campaign. But it was important. Remember how she was lambasted for wearing a scrunchie and “letting herself go” when she was Secretary of State? I have been repeating her very early quote for years. “Don’t you believe it, the hair matters”.

I might not agree with Julie Bishop’s views on the world or even her choice of expensive clothing, but we must acknowledge that always looking that good is a real effort and takes time.

I like that we now refer to this imperative to be well presented as ‘the woman’s tax’.

In the book we saw glimpses of the private Hillary but not much. I think that women politicians feel they have to be more closed about their private lives. I wonder what will happen to Jacinda Ardern once the honeymoon is over?

So what has happened for women after a year of Trump?

On his first day on the job, Trump signed the reinstatement of the ‘global gag’, which is that requirement that no US aid money can go to reproductive health organisations which provide, or even talk about abortion. This will affect millions of poor women in developing countries and cost lives. Who can forget that triumphant photo of Trump signing the order flanked by seven white men in suits?

Also, immediately after Trump removed (by executive order) the requirement for health funds to provide for family planning, Notre Dame University publicly announced they were no longer providing reproductive health services in their employee health scheme. Expect a flood of similar actions.

We keep realising how much Obama held back the tide.

Finally, Trump’s status as ‘the ultimate unpunished sexual predator’ has surely had something to do with the outpouring of women’s anger amidst the revelations about Harvey Weinstein, Matt Lauer, Kevin Spacey etc.

The women’s march of 21 January, the largest single day global protest in history, was marked by women wearing ‘pussy’ hats. Just as women had outed themselves as ‘nasty women’ during the campaign, they ‘owned’ Trump’s vulgar attacks. Trump’s cruel misogyny has really pissed women off.

The viral success of #MeToo is as much about Trump as it is about Weinstein.

And these women are not going to sit around and swap harassment stories. Ashwin Tambe reports a huge spike in women running for office. Emily’s List (US) has reported that in 2017, 16,000 women have expressed interest in running for office compared to 920 in 2015 and 2016 combined.

Let’s hope they stay pissed off.