The concept of feminism is widely misunderstood by both men and women across Australia, and is a sensitive topic that people often distance themselves from.

As a fifteen-year-old, at an all girls public high school, the word feminism has become more and more familiar to me and has started to make a lot more sense. Moving from a co-ed primary school, my previous view on feminism was simply ‘ladies marching on television demanding that women become superior to men’. Naturally, I shied away from that. I knew that boys were faster than me, they made more money in sport than girls did, a lot of them were better at maths than I was, but that was just the way it was. I didn’t like the fact that it was this way, but I wasn't going to be one of those crazy women that all the boys teased.

Feminism however, is not about making women the superior gender or attacking men by any means. Rather it is advocacy for women's rights and equality between genders. This definition has been lost in translation however, consequently negative connotations surround the concept. These negative attitudes towards feminism, and about feminists, are creating barriers in society today. This stops us from understanding the pressing issue of gender equality which ultimately leads to higher rates of sexism and discrimination. There are some questions we need to ask:  Where is this attitude coming from? Do these viewpoints start at an early age? Despite the amount of work towards gender equality, why are girls still behind, and still feeling powerless under male dominance? 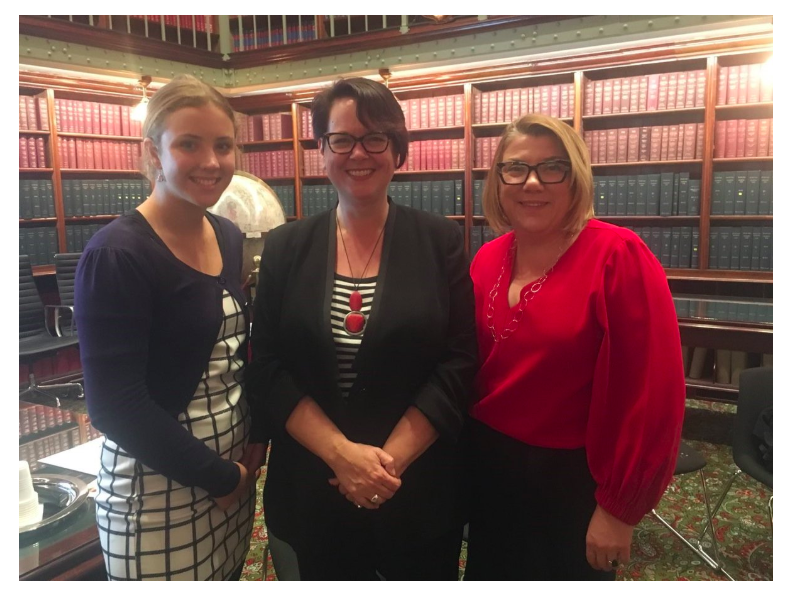 The values of feminism and gender equality need to have more emphasis in schools. The national curriculum for secondary schools’ states that in a PDHPE class the topic, ‘Respectful Relationships’ is taught, where students learn the respectful way to treat one another and that every person is equal in relationships. Although this may allow an understanding of the right way to behave in a relationship, this topic does not highlight the importance of equality between partners. Additionally, as this is only one unit taught in high school and most gender norms happen outside the classroom, in our homes and communities, this one subject isn’t enough. Hence, the preconceived ideas of male dominance are still prevalent and women are still left behind. This dominance is demonstrated in statistics showing that 1-3 women will have experienced physical or sexual violence since the age of 15 and one in five women will have experienced violence by a partner from the age of 15.

Equality needs to be taught from a young age - by high school many gendered expectations are already in place and are hard to challenge so the pattern repeats itself. As a primary school child I was completely unaware of how significant the gender gap was between males and females because teachers did not tell us about it.

There is a pushback against feminist groups of any age. When Victoria’s Fitzroy High School Women’s collective launched a nationally accredited gender equality course called Fightback: Addressing everyday sexism in Australian schools social media comments likened them to the KKK. Comments such as these clearly outline the depth of feeling towards women and is an indicator of the levels of separation between men and women in all age groups on the subject of feminism.

I fervently believe that if more time was spent breaking down the concept of feminism and highlighting the motivation behind equality, boys and girls would start on equal paths. By this I mean, that when primary school children discuss the values and true meaning of feminism, they would further their beliefs into high school and their later lives. With this is mind, boys and girls may begin to receive equal opportunities, power would be shared evenly between men and women, and hopefully it would lead to rates of physical and sexual violence decreasing.

Finally, it is essential that the negative stigma placed around feminism and feminists is stopped and is stopped in an environment such as school, so that boys and girls can have the same opportunities. In this way boys will have no advantage for just being born male, but they will be on the same pathway forward as girls, where mutual respect for each gender is achieved and we come together as an inclusive and welcoming community.