Fire & Rescue NSW (FRNSW) has been making steady progress to encourage more women to think of firefighting as a career and then apply. The organisation would like to see more women and girls consider firefighting as a career. Applications for the 2019 recruitment campaign are now open (details below), and we're hoping to see an increase in the number of women among the ranks!

Thanks to targeted recruitment campaigns, we now are seeing more women applying to become firefighters than ever before and more are making it through the rigorous selection process. FRNSW are pushing to break the stereotype and spread the word that firefighting is a fulfilling and rewarding career for women. 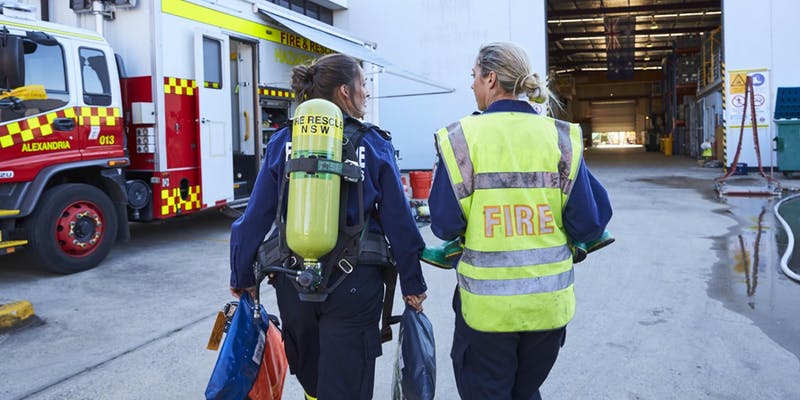 Of course the role is more than just fighting fires. When you see a fire truck, firefighters may be attending a fire, but it’s actually more likely they are going to a car crash or responding to support other emergency service agencies such as NSW Ambulance or NSW Police. They are prepared to respond to all kinds of emergencies, helping anyone, anywhere, anytime.

“Being a firefighter is a dynamic job that is flexible and, best of all, you’re making a difference and helping people when they need it most,” Station Officer Foote said.

“No day is the same – you can be tackling fierce fires and saving people one minute and teaching school kids about how to get down low and go, go, go, the next.

“If you’re strong, fit and don’t mind getting sweaty or dirty, then make it happen – make that career change and become a firefighter.”

Applications are now open to all Australian and New Zealand citizens or permanent residents of Australia who would make excellent firefighters but may not have seriously considered it.

Being a firefighter gives you the opportunity to make a real and ongoing difference to the people of NSW.

Successful applicants have the opportunity to make firefighting their new future while still being able to have work life balance. A role with FRNSW includes a range of different functions including fire response and investigation, community engagement, rescue, hazardous materials response, and assisting other emergency services such as NSW Ambulance.

Anyone interested in the role is invited find out more or to submit an application.

You can also go to Facebook or Twitter: @FRNSW for regular updates on the recruitment campaign. #MoreThanFire