It was wonderful to bring our members, supporters, friends and family together to celebrate the amazing work that WEL has done since 1972 and look forward to the work that WEL will be doing in the coming years. 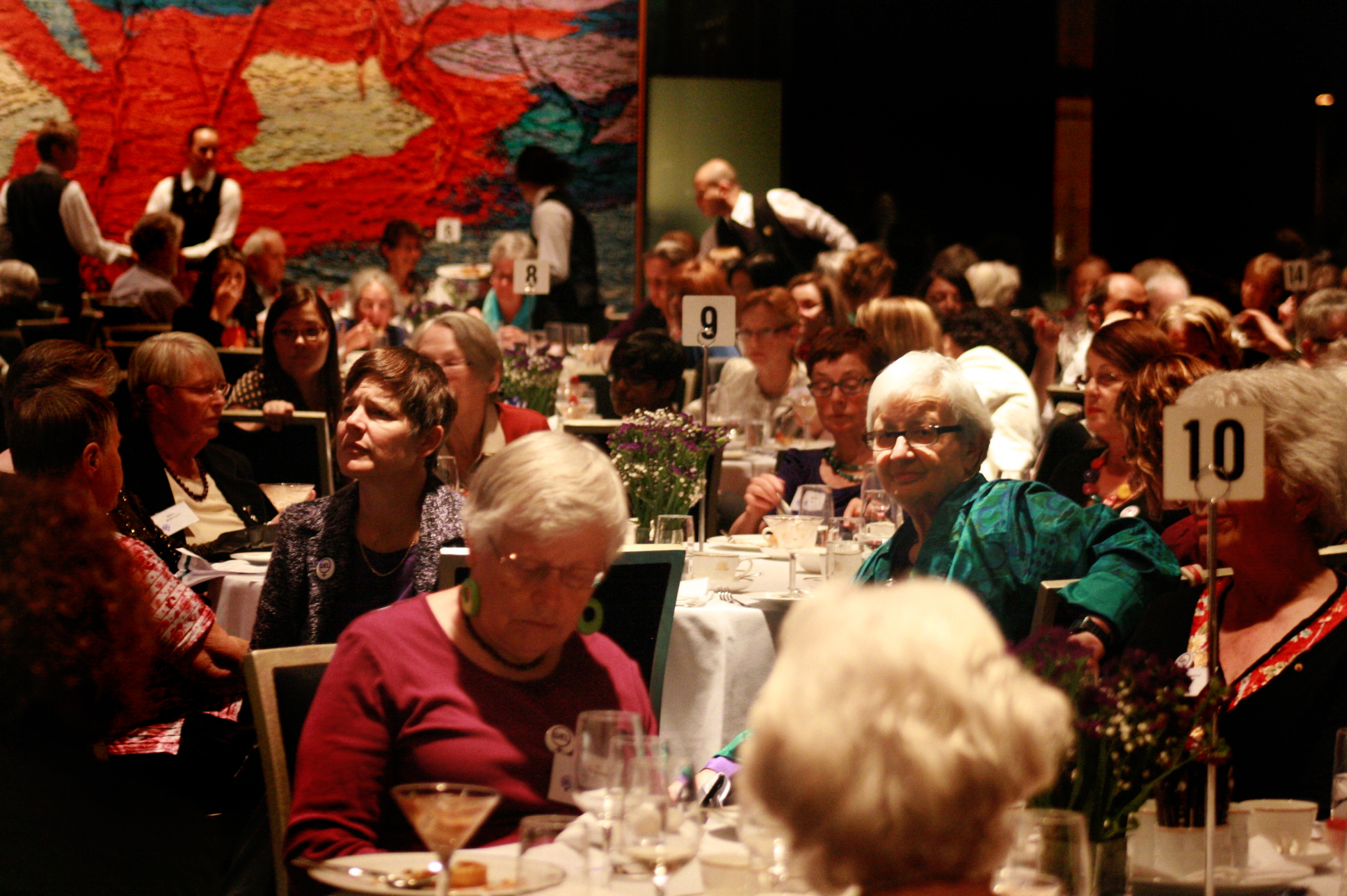 We were honoured to welcome the Hon. Pru Goward, the Hon. Sophie Cotsis and the Hon. Cate Faehrmann, amongst many other parliamentarians to the celebrations and look forward to working with them in the future to achieve a fairer society for all.

Please read an opinion piece regarding our 40th anniversary from our convenor.

On the same day the Macquarie Dictionary changed it’s definition of misogyny, and a report claimed Australian women are the most economically empowered in the world, the Women’s Electoral Lobby (WEL) celebrated its 40th Anniversary in NSW.

However you argue the position of women in this country, some things are certain. Australian women have better access to education, childcare services, anti-discrimination and equal pay legislation than they did in 1972; the year a handful of women gathered in lounge rooms across the nation to plan how to make this country a better place for them and their daughters.

WEL was formed just before the election that brought Gough Whitlam to power, when a group of women wanted to interview the federal candidates to find out their attitudes to the women’s liberation movement. It was an era of no pre-schools, no maternity leave, no Family Planning clinics and restricted access to the contraceptive pill (which was taxed as a luxury cosmetic).

Behind the burning bra mythology, WEL’s main goal was to achieve law reform to provide gender equity. Advocates such as Wendy McCarthy and Susan Ryan were among its founding members.

It’s obvious Australia is a very different place for women today. But the events of this week, and last, show no matter how far we have come, we still have some way to go.

When Julia Gillard became our Prime Minister I was pretty much as excited as you would expect a feminist to be. But somewhere between intense discussions of the Prime Minister’s marital status and lack of children and the ditch the witch signs I started to realise just how far we have not come. I asked myself would a man have been asked that? Would a man have had that said about them?

It was great to see a woman in position of Prime Minister – but frankly it felt pretty awful to see her treated that way. It brought into sharp focus the persistent sexism in our culture.

Then the Prime Minister made THAT speech. It was the culmination of all the treatment she experienced and that women around the country have watched with growing horror. THAT speech actually saw Julia Gillard’s Prime Ministership do what I never expected it to do: smash the equality myth.

The myth that young women were sold growing up – that we have achieved equality; that we are living in a post-feminist era where all the battles for gender equity have been won.

THAT speech told a different story. Yes, Australia can have a female Prime Minister, but it won’t treat her the same way as it has treated generations of male Prime Ministers. She will have to withstand more personal and vitriolic abuse, and be held to different standards. Men and women are not treated equally – not yet anyway.

Now more and more women are saying that they have had enough.

As the Women’s Electoral Lobby celebrates its 40th Anniversary, we have experienced a surge of membership from young women; women who want to work towards achieving a truly fair society for everyone.

In many ways it doesn’t matter if Gillard’s speech was for political purposes or what definition of “misogyny” is used.

At WEL this means continuing to fight to achieve pay equity for women, in particular ensuring all state governments step up and fund the outcome of the Equal Pay case delivering fair pay for Social and Community Service Workers.

It means securing improved reproductive rights for women throughout Australia, removing abortion from criminal codes in states like NSW and ensuring increased access and affordability particularly in regional areas. It means lobbying the government to abolish welfare management systems that punish some of the most vulnerable members of our community.

More broadly than this, we need systemic cultural change; we need to shift our values. We need to value the various ways people contribute to our society, in particular valuing caring roles and other roles that are persistently undervalued because they have traditionally been done by women.

We will also be working on the wider changes that need to be made to ensure all women, not just our prime minister, are treated with the respect we deserve.