Help us ride this wave to the next Federal election.

Go to Donate at the end of this article

‘We are inspired by this seismic, intergenerational and diverse feminist uprising.’

The momentous week started with IWD and culminated in the 15 March Women’s Marches for Justice. Australian of the Year Grace Tame’s appearance with the Prime Minister on Australia Day and Brittany Higgins’ February 24 statement on the cover up of her rape in a Ministerial office ignited an extraordinary outcry from Australian women. Over 100,000 rallied against our Government’s utter failure to respond to male violence and sexual assault at work, at home and in our everyday lives.

The National March for Justice drew tens of thousands of people in towns and cities across the country…from Coffs Harbour to Kalgoolie, and all the capital cities. In Sydney we saw more than 15,000 marchers.

The huge rally in Canberra was the political focal point for the nation. Ngunnawal Elder Aunty Violet Sheridan welcomed us to Country. With Wakka Wakka/Wulli Wulli woman from Central Queensland, Dr Tjanara Goreng Goreng, she linked women’s experience of sexual violence with Aboriginal women’s ongoing subjection to the violence initiated through settler colonisation.

WEL is inspired by this seismic and diverse intergenerational feminist uprising. Brilliant and courageous young women dominated the speakers’ platforms around the nation and lend passion and acute analysis to the media reports and commentary. We congratulate the organisers who include lifetime WEL members. You are opening new political possibilities and raising the hopes of all Australian feminists fighting for inclusion in public and private life on equal terms with men.

Alongside feminist organisations who are our allies and sisters, on 15 March we declared ‘’Enough is Enough’! Read our full manifesto

We have already started the hard work on our Federal Election policies, surveys, voting guides, strategy and manifesto. We believe that the next Federal Election will be the most important for women in a generation.

WEL is in this for the long haul.

We will need your help. Our work is voluntary with pro-bono experts giving unlimited hours. We work in alliance with feminist and expert organisations and in conversation with the political process across the party spectrum. We need to fund research, databases, professional communications and events for members and media.

There will be a Federal Election later this year or in the first half of 2022. WEL is working hard to ensure women's voices are heard. The Election Action Group is now meeting regularly. We have identified key policy priorities: ending violence against women; housing and homelessness; work; education and training; childcare; strengthening women's representation; decent incomes for everyone, and women's health. We are framing our overall policy agenda in the context of building better for women in the pandemic recovery, and action on climate change.

We are advising Party spokespeople on women's policy that we are preparing our policy agenda, and will be developing our famous scorecard based on parties' published policies, closer to the election. We are preparing a survey of members and supporters, and will be consulting widely when we have a discussion document. 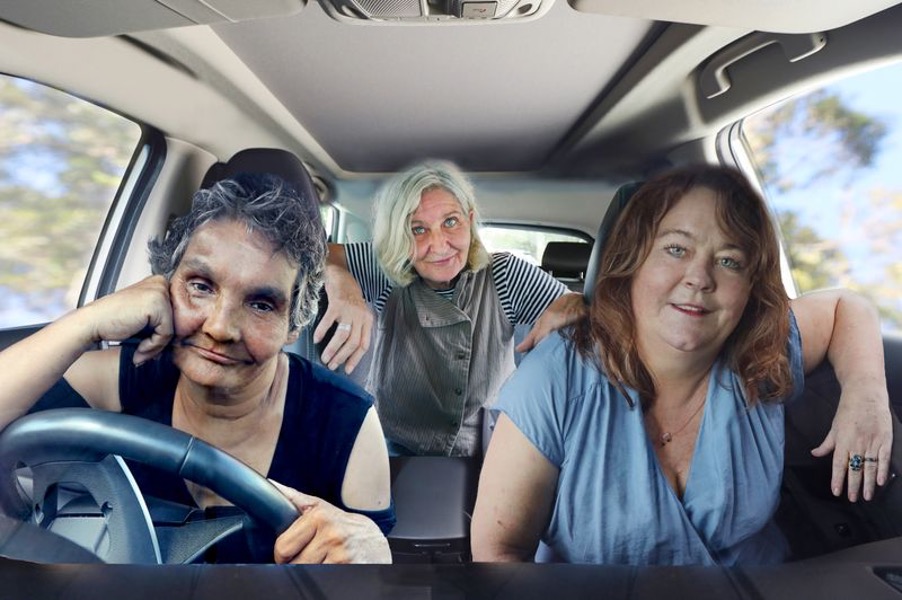 15,000 women in NSW were counted as homeless in the 2016 Census. A few sleep rough in visible places, but most remain UNSEEN as they ‘couch surf’ with friends and family until they wear out their welcome, sleep in their cars, sleep rough in hidden locations or stay in other temporary and unstable situations. Some women remain in a home with violence and are not counted as homeless. UNSEEN aims to raise awareness of women’s homelessness. More information is on the UNSEEN website which you can also access through WEL

The first event of UNSEEN was held from 8 March, International Women’s Day, to 14 March, at Circular Quay. This month’s event was a chrome-wrapped car (so that it is unseen, like a mirror), with photos of women who had experienced/were experiencing homelessness in transparent film in the windows.
Read more

Menaka focussed her testimony on her experience with CALD women mainly from the Indian community. She spoke to key issues raised in case studies presented in confidence to the Committee. She stressed that a wider definition of family was needed in any legislation because perpetrators of coercive control could be members of the extended family in CALD communities, and not just, intimate partners. She agreed with other representatives at the Hearing that dowry abuse was an issue. It was also important to ensure that any new law defining coercive control did not lead to criminalising behaviours which were unhealthy, but not strictly criminal. The importance of cultural awareness training for all enforcement officers was highlighted and also community education to support behavioural change in CALD communities which, in many respects, wished to be the best of citizens and not to be in breach of any laws. Menaka and other representatives were concerned that new laws must not result in the over-criminalisation of marginalised communities. All supported legislation on coercive control in domestic relationships.

WEL has lodged a submission on this pernicious Bill. Ours and other submissions, will be published on the Inquiry website before the hearings scheduled on 20 and 21 April. Keep an eye out for it here

The Australian Christian Lobby has been actively campaigning to solicit support for the Bill. WEL is very concerned at the increasing influence and authority the NSW Government is ceding to One Nation on education and other policy areas.

Report from the Aged Care Royal Commission: Aged Care is a feminist issue

The Report of the Royal Commission into Aged Care unsurprisingly reported the need for increased staffing and the better training of staff among other recommendations. The issue of low skilled, low paid and inadequate staffing has been raised in all 18 reports into Aged Care over the last 24 years.

Aged care is a feminist issue. Two out of three residents in residential aged care is female and aged care workers are overwhelmingly female, low paid and in insecure and low skilled work.

A big shout out to our regular donors. Thank you for supporting the advocacy and and campaigns of our project leaders through paid professional administrative and communication support.

Regular monthly donations give us funding certainty. We can build capacity and plan our advocacy work into the future. Our regular donors are secure in knowing that month by month they are supporting WEL’s work

Donations keep WEL going and we are grateful to our donors for the generous support provided. If you are not able to make a monthly donation, please consider making a one-off donation to our Women Ageing Well campaign, or becoming a member. You can also help secure the future of WEL by leaving a legacy gift via a bequest.