Sydney 10th February 2020 – Women’s Electoral Lobby Australia (WEL) is disappointed that the second exposure draft of the Federal Government’s Religious Discrimination Bill includes no substantial amendments in response to Australia’s subject experts, including submissions made by WEL and many expert legal, medical and community groups.

WEL spokesperson, Dr Mary O’Sullivan, stated, “WEL has a number of key concerns about the Attorney General’s second attempt at addressing religious discrimination. Central to these is that the draft Bill fundamentally undermines advances made by Australian women since the passage of the Sex Discrimination Act in 1984, together with the other Anti-Discrimination Acts at Commonwealth and state level.”

WEL’s submission on the second draft of the Bill highlights the grave risks for Australian women inherent in the Bill and calls for a significant review in consultation with subject experts.

“With the promise of preventing religious discrimination, this cruel piece of legislation will actually green light the opposite by:
• licensing and granting protection for public speech and written materials in workplaces and public life that can be denigrating, derogatory, humiliating and intimidating to women;
• permitting the introduction of faith tests and discriminatory conditions for employment in women dominated industries of education, health, aged care and religious charities. This will also further impact women in health services, as many have faith-based ownership or
management. (79% of the healthcare and social services industry workforce are women and the education and training industry has 63.4% women); and
• substantially interfering and further confusing state law on abortion, to the extent to which Australian women have a right to access reproductive health services, without any impediment,” said Dr O’Sullivan.

“Alarmingly, the Bill would allow people of one religious background to make derogatory statements about other faith communities in the name of their religious belief,”
“This also has serious implications for the very communities most in need of protection on the grounds of religion. Jewish and Muslim communities have suffered a rise in attacks in Australia,” said Dr O’Sullivan.

The WEL submission expresses strong concerns for Muslim women adopting religious and cultural dress, who already suffer disproportionate verbal and other attacks, and bear the brunt of racial and religious discrimination on top of sex discrimination.
“By imposing a new, unorthodox and intricate layer of complaints, defences and exemptions on existing Commonwealth, state and territory legislation, the Bill will further discourage women victims of discrimination from coming forward to seek justice,”’ said Dr O’Sullivan.

WEL urges the Australian Government to consider the Bill in the light of the good faith agreement with 12.9 million Australian women it is trying to advance across Government. We respectfully request that the Government rework the draft Bill to remove all of the significant impacts on
women. WEL will continue to work closely with Australia’s civil society leaders to collaborate and maintain its advocacy for all Australian women. WEL will seek a meeting with the Minister for Women, Marise Payne and the Attorney General Christian Porter address these concerns.
-ends- 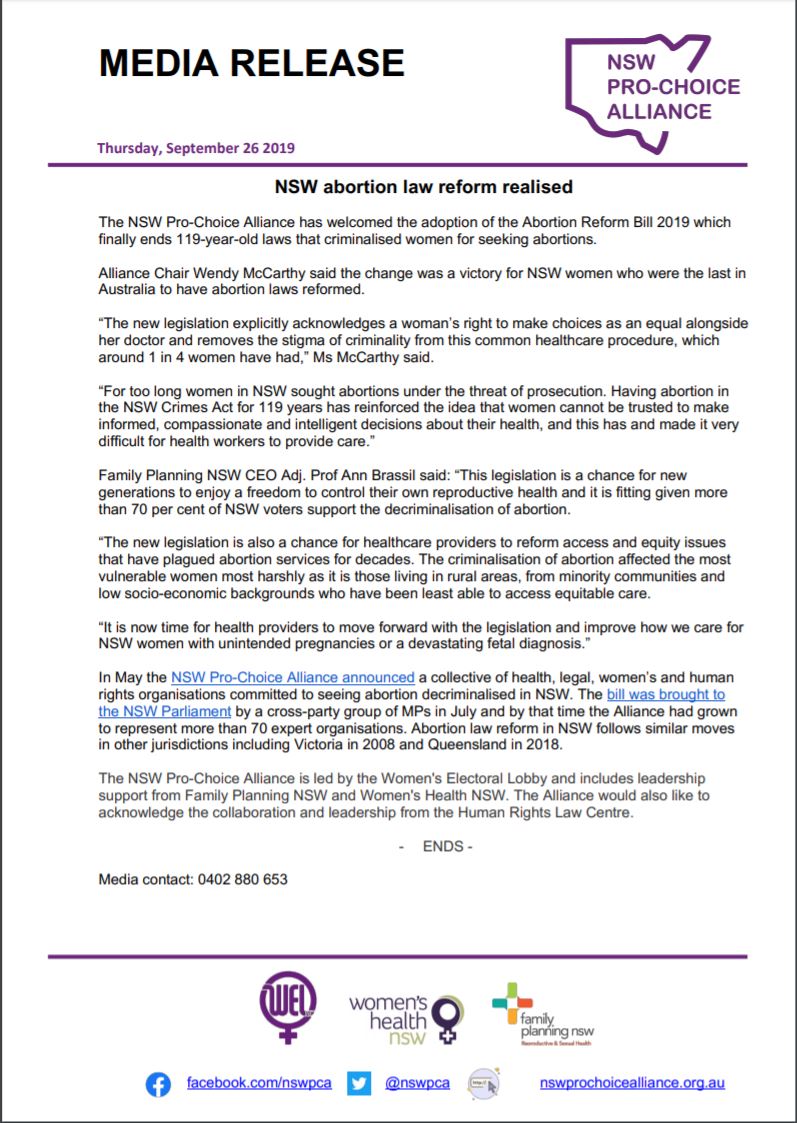 Sydney – 5 August 2019 − Women’s Electoral Lobby is delighted that the NSW Parliament will begin debate on the Reproductive Healthcare Reform Bill 2019 on Tuesday 6 August and urges MPs to support its passage. 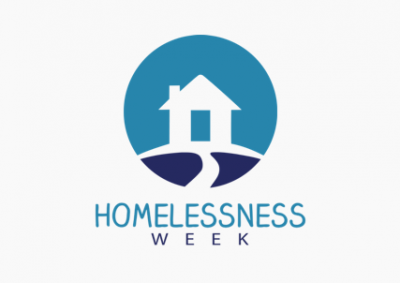 Homelessness has grown by 31% for older women aged 55 plus

Sydney – 5 August 2019 − Dr Jane Bullen from Women’s Electoral Lobby has called on Commonwealth and State governments to respond Australia’s homelessness crisis for women, who are often invisible and amongst the poorest and most vulnerable of those experiencing homelessness, as part of National Homelessness Week (4-10th August).

NSW Budget: Bricks and Mortar with No Heart

WEL NSW Regrets Budget of Bricks and Mortar with No Heart

(Sydney) 18 June 2019 - Women’s Electoral Lobby NSW expressed deep disappointment with the NSW State Budget, describing it as a triumph of steel and concrete over the needs of vulnerable members of the NSW community.

WEL Executive member and Violence Against Women Action Group leader, Jozefa Sobski AM, said there is little to write home about on the NSW Government’s investment levels in social services and support for struggling communities in NSW. 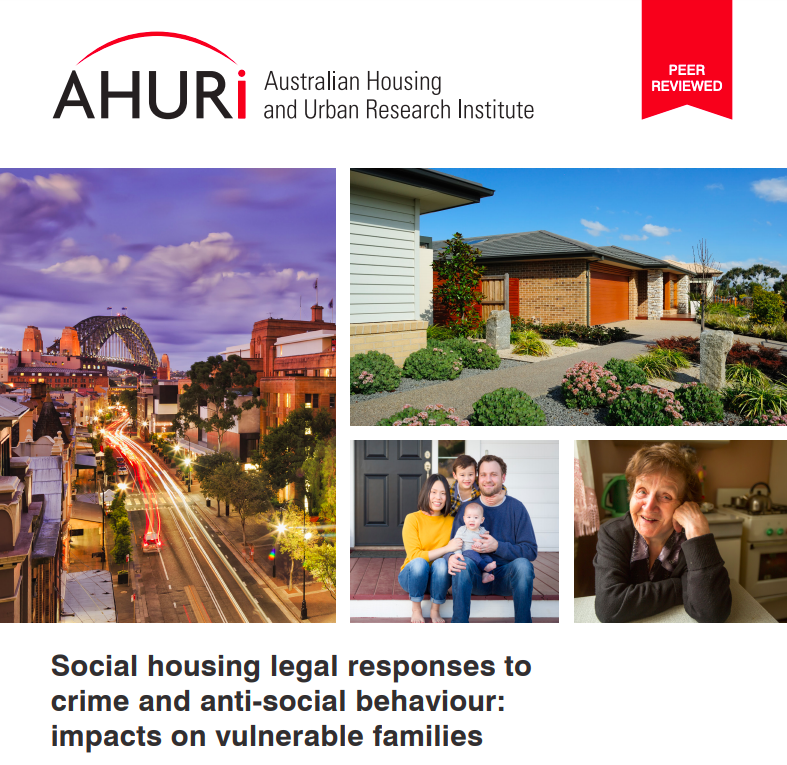 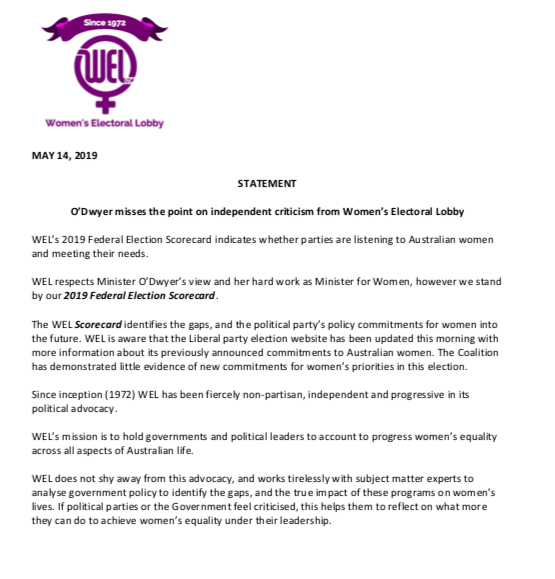 (in response to - Kelly O’Dwyer responds to WEL’s election scorecard: ‘It’s not independent & ignores our achievements’).

WEL’s 2019 Federal Election Scorecard indicates whether parties are listening to Australian women and meeting their needs.

3 April 2019 - Women’s Electoral Lobby Australia is disillusioned with the number of missed opportunities in the 2019-2020 Federal Budget. WEL National Convenor, Ms Jozefa Sobski, noted that there were no new and significant measures to address critical issues having an impact on women in Australia.

UPDATE: 20 March 2019 - Women’s Electoral Lobby was notified recently by the Australian Government of our exclusion from the Federal Budget lockup.

In response to representations from NFAW, Women’s Electoral Lobby (WEL) and a number of the National Women’s Alliances, MPs and Senators from opposition parties and community leaders, the Office of Women (OfW) made representations to Treasury and today has successfully obtained one more chair in the lockup for Women’s Electoral Lobby. That makes two chairs at the table for national women’s groups.

Budget Lock Out of Women's Groups 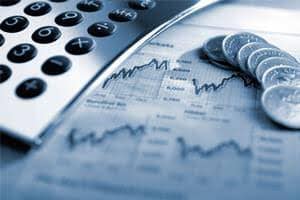